Home /Uncategorized/TrepCon 2020: Be Flexible and Learn from Failure

Matthew Zachary has a message about winning.

“Failure is success and success is the failure that happened to go right.”

Zachary knows a lot about dealing with life’s curveballs. At just 21, while a senior in college, he was diagnosed with pediatric brain cancer and told he had six months to live. After realizing how few resources there were for young adults diagnosed with cancer, he sought to take the bad hand he was dealt and build an organization that would meet that need.

That organization eventually became Stupid Cancer, a nonprofit dedicated to empowering young adults affected by cancer “by ending isolation and building community.” Though he defied doctors’ expectations and survived cancer, Zachary has continued to fight for patients who are facing a similar struggle. 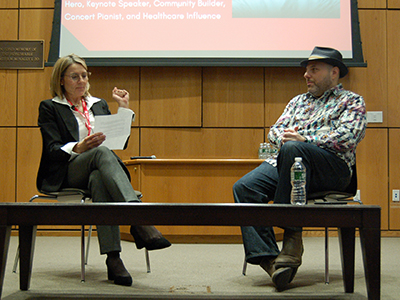 Zachary recently delivered his message about perseverance to a rapt audience of about 250 attendees at TrepCon 2020, Fordham University’s Ninth Annual Entrepreneurship Conference. The event, presented by Fordham Entrepreneurship Society and the Gabelli School of Business and sponsored by Deloitte, brought together students to talk about how to handle the highs and lows of entrepreneurship.

At the event, Zachary discussed some of Stupid Cancer’s biggest successes, including pushing for a change that allows young adults facing cancer to pause their student loan payments. Stupid Cancer, originally launched as Steps for Living in 2004, has centered on building a community for young adults who otherwise may have had to face their illness alone.

Peppered among the group’s big positive milestones were failures along the way, he said, including an ill-received app and venue change for an annual gathering of patients called Cancer Con.

“It’s hard the first time, because no one wants to be rejected,” he said in an interview at the event. “The first ‘no’ is devastating and then you’re less emotionally affected by the ‘no’s’ as they keep creeping up. Those are hard to see as opportunities in the moment, but it’s important to step back, center yourself, and have your purpose. This is going to sound like a Hallmark card, but if there’s no darkness how do you see the sun?”

Though Zachary stepped down from his role as CEO and no longer serves the group in a formal role, Stupid Cancer is still serving the young adult cancer community.

He plans to use his hard-won lessons in his next venture: the launch of OffScrip Media, a podcasting network that melds patient advocacy, education, and digital health.

“Pivot is keeping one foot on the ground and refocusing your purpose,” Zachary said. “For me, not having to run a nonprofit, but keeping true to the biggest purpose I had there, which is being a voice, a convener, is what I’m pivoting on. I have a massive global following of people who I’ve helped and believe in the greater cause. … I can take everything I’ve learned with Stupid Cancer and then be the voice of patient advocacy.” 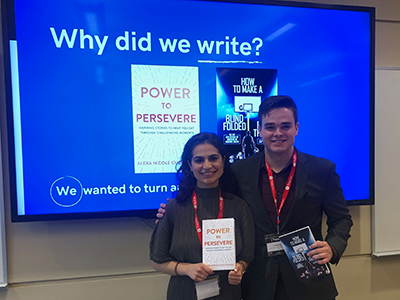 Flexibility and thinking outside of the box was a consistent theme throughout TrepCon. Michael Gelb, speaker and author of How to Think Like Leonardo da Vinci, delivered lessons on how to think like the Renaissance genius.

The first of Gelb’s seven principles was that of embracing curiosity in order to think unconventionally.

“Leonardo da Vinci was probably the most curious person who ever lived,” Gelb said. “What was he curious about? Everything, if you want to know the truth.” He used the curiosity to invent a slew of items that were far ahead of their time, Gelb said, everything from the parachute to the extendable ladder.

Want to awaken that curiosity within yourself? Remove limits from yourself and embrace your child-like inquisitiveness, Gelb said. Let your mind roam free, and allow even the most off-the-wall ideas room to flourish—while carrying around a notebook to record those thoughts for you to come back to, he recommended.

The author also touched on the responsibility that entrepreneurs have in the broader world, and how placing emphasis on the greater good can fuel success.

That message resonated with Yang Hu, a first-year student at Gabelli, who plans to pursue a concentration in entrepreneurship.

“One of the highlights has been, for me, the principles that [Gelb] taught to become more human—with the real goals of businesses promoting human nourishing, eliminating human suffering, and creating joy for everyone in society,” Hu said. 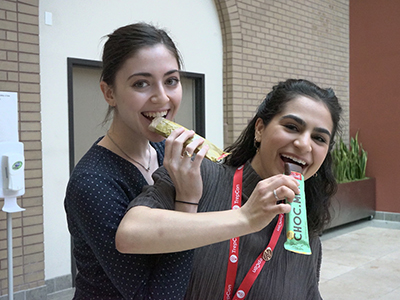 At TrepCon, attendees were able to attend breakout sessions to hone skills ranging from starting a nonprofit to starting a podcast. Guests also mingled with local entrepreneurs who showcased their own new products, including Silvr, a portable flatware that is meant to cut down on plastic utensils, and Roast Me, a party game meant for ribbing your social circle.

“I like that there are some startups that we can take a look at, it’s awesome to see business in practice,” said Isabella Sorza, GABELLI ’21, an exchange student from Colombia who is majoring in business administration.

Ultimately, the core of the event was about building community and supporting entrepreneurs along their path. 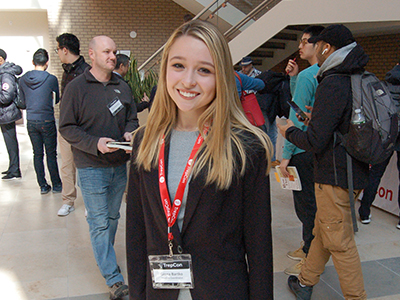 “It’s really amazing to see it all come together and to see everyone in the Fordham community interacting about entrepreneurship,” said the event’s co-chair Giana Bartko, a sophomore at Gabelli majoring in business administration with a concentration in entrepreneurship. “It’s inspiring to see what everybody has done and the resources that are available here as well as the connections that can be facilitated here.”

Top Photo: Author Michael Gelb encourages TrepCon attendees to clear their energy at the start of the day.