The New York State Energy Research and Development Authority (NYSERDA) has announced the completion of what it claims to be the largest solar system installed in New York City.

Located in Staten Island, the 3.1 MW solar array will offset a large portion of the electricity used by Fordham University and Fordham Preparatory School in the Bronx.

“This solar installation project on Staten Island, the largest in New York City, will provide clean energy and help protect the environment,” says Lieutenant Gov. Kathy Hochul. “The system further supports the state’s aggressive goal of 50 percent of electricity coming from renewable energy sources by 2030. While the federal government turns its back on protecting the environment, we’re continuing to work to combat climate change in New York.”

The solar array, whose ribbon-cutting ceremony was held today, is made up of more than 9,000 solar panels. It is expected to generate nearly 4 million kWh of solar energy each year – enough to offset 20% of Fordham University’s electricity use and 37% of Fordham Preparatory School’s use. The ground-mounted system was installed on approximately 10 acres of unused industrial property. 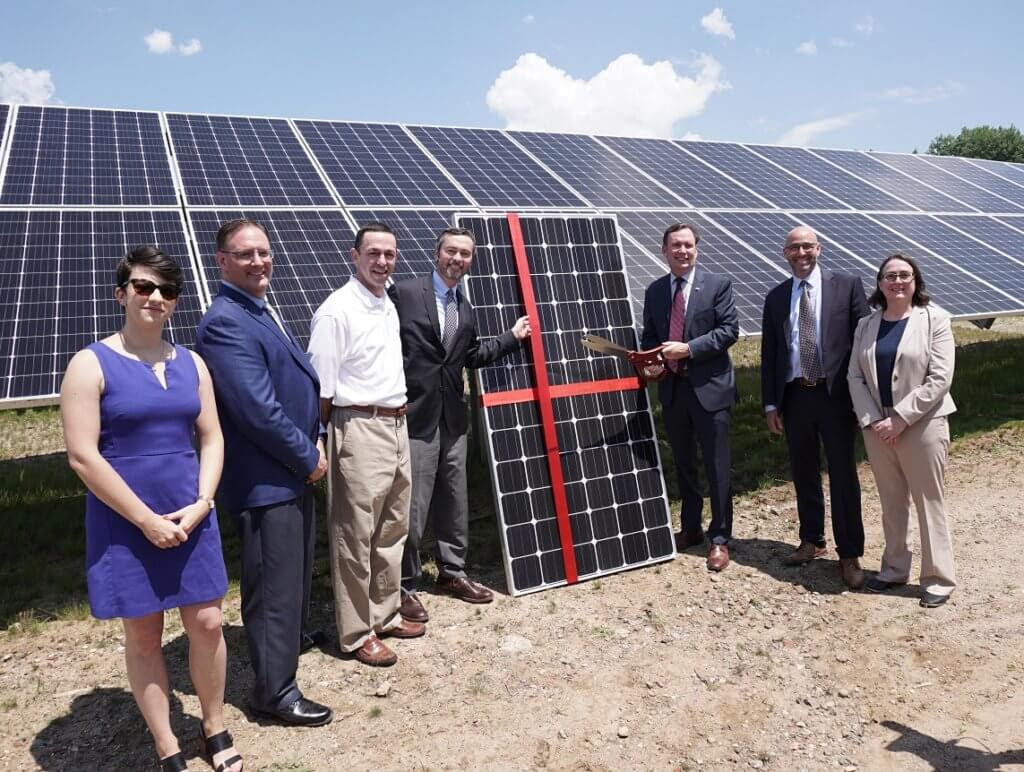 “In addition to the Staten Island solar array, which will provide 2.6 MW of solar power to the university, we have entered into an agreement with EnterSolar to install a new solar array of approximately 1 MW on the roof our parking facility at our Rose Hill, Bronx, campus,” notes Marco A. Valera, vice president of facilities management at Fordham University.

Rev. Christopher J. Devron, president of Fordham Preparatory School, adds, “Fordham Prep is pleased to be a partner, as this project advances Fordham Prep’s mission by striving for a sustainable environment and teaches our students to be responsible stewards of our natural resources. As a Catholic Jesuit school, this partnership helps us answer the call issued by Pope Francis, who invites us to protect the global environment because it is sacred, both for its own God-given value and for the life and dignity of all humankind.”

“This project is a pinnacle for solar in New York City and New York State,” says Paul Ahern, president of EnterSolar. “Today, we are demonstrating that solar works – and works well in even the most populous of urban environments. We hope that this public/private partnership project serves as an example for how corporations can partner with state and municipal governments and public utilities to promote the deployment of distributed renewable energy generation.”